Collingwood is located in the heart of Ontario’s finest four-season destination area. Easy to reach, Collingwood offers a combination of old time charm and history with the best recreation in Southern Ontario. Whether relocating to Collingwood as a full or part time resident, or looking for a new weekend retreat, we can offer you all of the amenities and support you require. There are great opportunities in this area in business, tourism and industry. Business Retention and Expansion and new investment attraction are key components to the economic stability of this progressive community.

Things to see in Collingwood

The lighthouse, constructed in 1855-59, is one of the most historic structures of the Great Lakes. Visible from the shores of Collingwood, the island itself is called Nottawasaga Island. Locals call it Clark's Island or even Lighthouse Island.
The imposing limestone lighthouse soars 86 feet and serves as one of the few reminders of our bold and diverse marine heritage. The light served Collingwood's once busy port as a guide for mariners around treacherous shoals and through sudden Georgian Bay gales.
Maintained by 13 men and their families over 124 years of operation, the island is now home to hundreds of nesting migratory birds.

Constructed of marble and recently restored, the Collingwood Federal Building was inspired by the State Finance Building in Havana, Cuba.
The building boasts a rotunda with a large stained glass dome, bearing the coats of arms of the four levels of government, including the Town of Collingwood.
An outstanding focal point and well worth the visit, the building is open to the public during business hours.

This imposing structure can be seen for miles around Collingwood and symbolizes the twin engines of commerce in the early 1900's, agriculture and shipping.
In 1899, the Collingwood Council identified the need to erect a Modern elevator, but due to low water levels, construction was delayed until 1929, when the Federal government agreed to pay for dredging.
The two million bushel grain elevator has bins 100 feet high and 22 feet in diameter. The steamer MUNISING arrived in September 1929 with 228,000 bushels of American grain, the first shipment for this important new structure, the third grain elevator in Collingwood's growing economy.
Grain service stopped in 1993, ending 64 years of operation for the cement elevator and 123 years of grain trade in Collingwood. The terminals, now owned by the Town of Collingwood, continue as a modern day landmark and will be an important part of the future redevelopment of Collingwood Harbour.

This park has a memorial walkway lined with plaques as a memorial to the many shipyard workers who spent most of their lives building the huge grain carriers, which plied the Great Lakes.
Many of the largest were built in Collingwood by these men, whose work is remembered by their families and other donors who have purchased memorial plaques with the names of the ships such as the Hochelaga, Black Bay and others built nearby at the famous Collingwood Shipyards which ceased operation in 1986 after 100 years or operation.

As the original 'northern terminus' of the railroad, Collingwood was an important shipping port where valuable cargos were loaded and shipped around the Great Lakes. Passenger vessels were also part of the activity at Collingwood harbour and many famous stories are told of the tragedies that befell some of them.
During the Reil Rebellion a military force was raised to quell the disturbance and the Northwest Mounted Police battalion left Collingwood Harbour in 1873 as a part of this force. There is a memorial cairn to mark this historic moment along the entrance road to the spit.

Third Street is the "Fifth Avenue" of the Town, including Tornaveen (1893), now the Collingwood Ski Academy, Armadale, #375 (1890), the site of a gala reception for the Governor General of Canada in June, 1918 and Elmwood/Dundurn Hall at #241 which was once described as the finest building in the town.
If you continue walking toward the east, you'll pass by houses with names such as The B.C. Cottage at #147, the Charles Pitt House, #242, a lovely Greek revival home, boasting magnificent stone columns in the ionic order, Stewart Villa #217 (1883) followed closely by two other architectural beauties; Thurso, #37 (now Christopher's Restaurant) and The Beild, a lovely Eden Smith House dating to 1909 which is now a delightful Country Inn.
For more information about Collingwood's many historic homes, visit http://www.heritagecollingwood.com/ 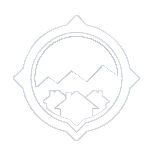 Save up to 40% on Summer Midweek Bookings!

Tyrolean Village Resorts is the perfect place to hold a bachelor & bachelorette getaway before the big day! 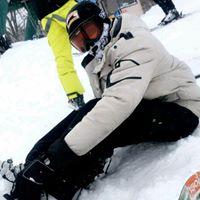 Only have nice things to say!

SIGN UP
to stay in touch and get the best deals first!

For Email Marketing you can trust.